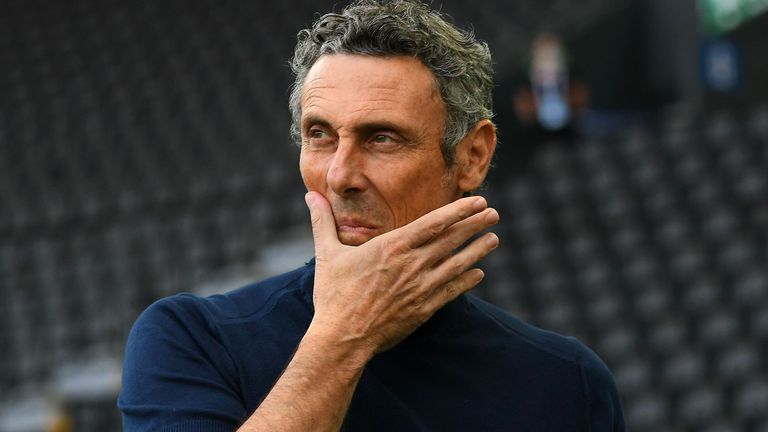 Watford have held talks with Udinese's caretaker manager Luca Gotti, as they look to find a replacement for the sacked Nigel Pearson.

Gotti, who served as Maurizio Sarri's assistant at Chelsea during the 2018-19 season, met with club officials earlier this week.

Both Watford and Udinese are owned by the Pozzo family.

Pearson was sacked by Watford with two Premier League games to play and the club three points above the relegation zone.

Hayden Mullins was put in temporary charge for the final fixtures against Manchester City and Arsenal.

Watford lost both matches and were subsequently relegated from the Premier League after five seasons in the top-flight.

This news item was provided by the SkySports | News website - the original link is: https://www.skysports.com/football/news/11688/12040636/luca-gotti-watford-in-talks-with-udinese-caretaker-boss-as-head-coach-hunt-continues