Forward Watkins is being targeted by a number of Premier League clubs this summer, including West Brom and Aston Villa 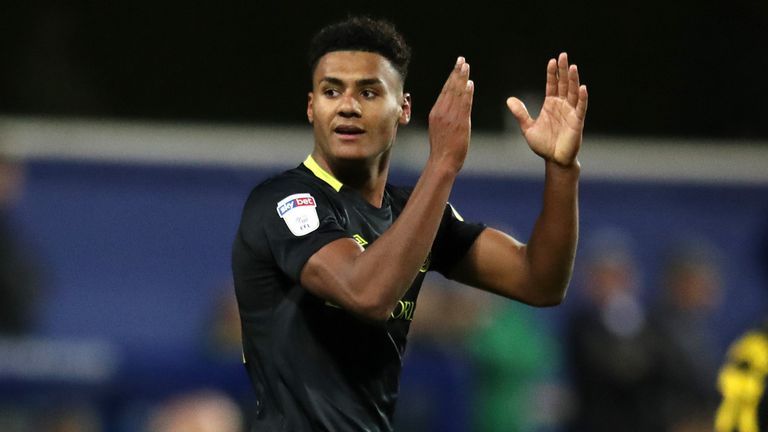 Baggies manager Slaven Bilic is understood to be a an admirer of the pair, who were both instrumental in the Bees' run to the Championship play-off final last season.

The newly-promoted Premier League side face fierce completion for both, however, especially forward Watkins. Aston Villa want to sign Watkins and the player is understood to be keen to work again with former Brentford boss Dean Smith.

Crystal Palace are also interested in the 24-year-old, who played in every Championship game for Thomas Frank's team in 2019/20, and scored 26 goals in the process.

Benrahma is of interest to a string of Premier League clubs, including Aston Villa and West Ham.

The pair, along with Bryan Mbuemo, found the net 57 times as Brentford almost reached the Premier League for the first time in their history last season.

Left-back Rico, 23, joined Brentford in 2016 and featured in all 46 Championship matches for Frank's side last season.

A domestic-only window for trades between the Premier League and EFL then runs from October 5 and closes on Friday October 16 at 5pm.

This news item was provided by the SkySports | News website - the original link is: https://www.skysports.com/football/news/11688/12052584/west-brom-interested-in-signing-ollie-watkins-and-rico-henry-from-brentford