Which of Europe’s biggest names are still available on free transfers? 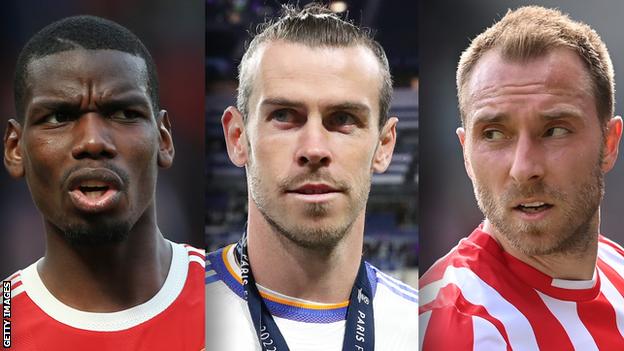 Some of European football's biggest names are available as free agents this summer with their contracts at their current clubs expiring.

Will Paul Pogba return to Juventus? What will life after Real Madrid look like for Gareth Bale? And where could Christian Eriksen end up next?

BBC Sport takes a closer look at a selection of the household names preparing to find new employers for the forthcoming season. 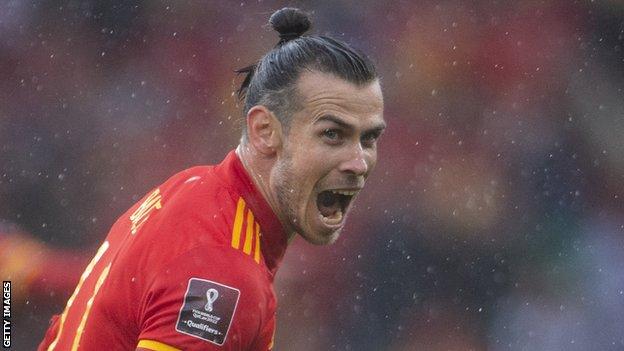 The Wales forward, 32, joined the Spanish champions in September 2013 for a then-world record transfer fee of over £80m.

He has already outlined that his family and fitness for the World Cup will be his main priorities when he decides where to play next season. 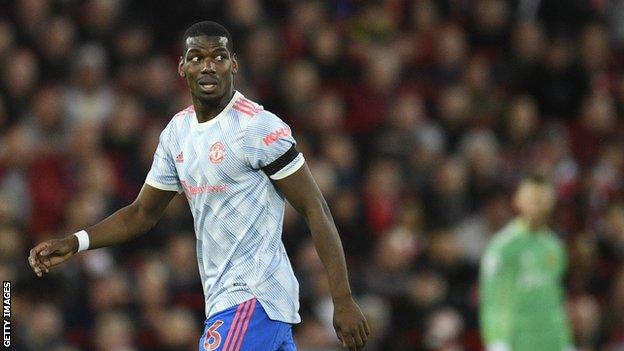 Paul Pogba leaves Manchester United this summer after an underwhelming six years in his second spell at the club.

The midfielder won the EFL Cup and Europa League within a year of his much-hyped return to United in a then-world record £89m transfer from Juventus in 2016.

While the 29-year-old helped France win the World Cup in 2018, he has only shown flashes of his superb range of passing and powerful forward running at United, where he has instead often proved to be a defensive liability and irritated supporters with a perceived lack of effort.

In a documentary covering his private life Pogba reportedly claimed United's offer of an improved £300,00 per-week contract was "nothing" suggesting that whoever does sign him will need to have deep pockets. 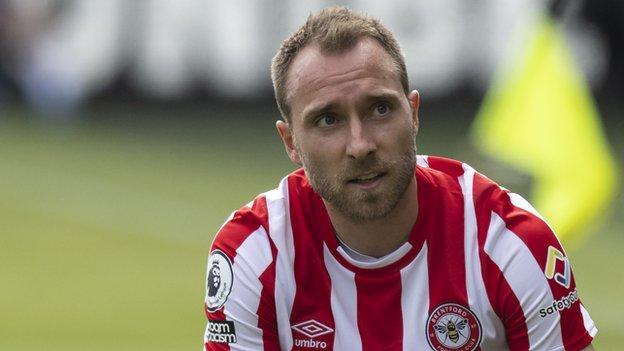 Christian Eriksen should really be part way through a four-and-a-half year contract at Inter Milan.

However, the 30-year-old had a cardiac arrest while playing at Euro 2020 last June for Denmark, changing the trajectory of his career, with his return to football coming after being fitted with an Implantable Cardioverter Defibrillator (ICD).

That saw Eriksen released by Inter - because the ICD device is not permitted in Serie A - and rock up at Brentford on a six-month deal where his quality shone through as he helped the team secure their Premier League status.

The Bees are keen to keep the former Ajax playmaker but will he stay in London or head elsewhere with the likes of Manchester United interested? 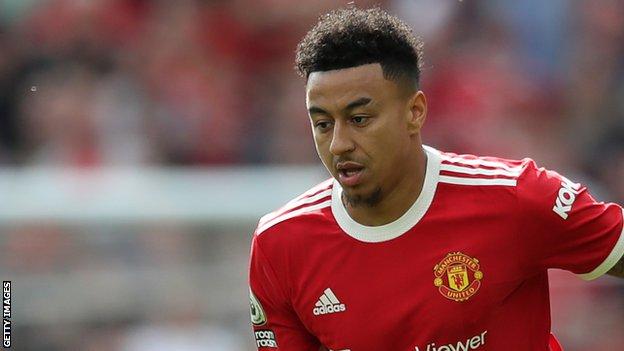 Jesse Lingard departs Manchester United after coming through the academy ranks and spending two decades with the club.

With United having surprisingly elected to keep the England midfielder last summer, the 29-year-old endured a difficult 2021-22 campaign and was utilised sparingly.

Before that a successful loan switch to West Ham in early 2021 served as a reminder of his qualities and finding a new club where he is guaranteed playing time in a World Cup year may enter his thinking. 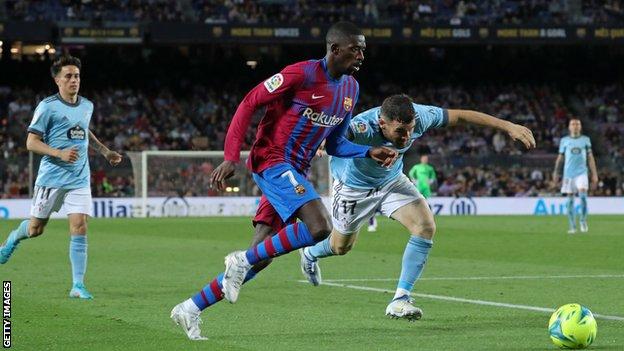 Things have not quite gone to plan for Ousmane Dembele since he joined Barcelona in a one of the most expensive deals of all time from Borussia Dortmund in 2017.

Still only 25, injuries have hampered the France forward's development meaning he has only shown fleeting glimpses of his rich talent. When on song his pace, trickery and ability to run opposition defences ragged can bring the Nou Camp fans to their feet.

While he has repeatedly been linked with a move away, club president Joan Laporta and head coach Xaxi are both hopeful he can be persuaded to stay. 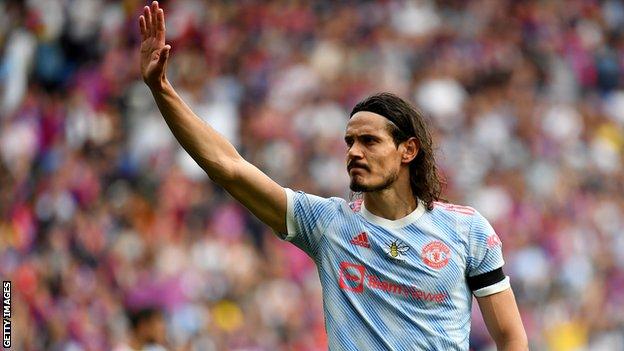 The 35-year-old Uruguay forward, who arrived on a free transfer from PSG in October 2020, started brightly with 17 goals in all competitions in his first season.

While Cristiano Ronaldo's arrival and a seemingly endless list of injuries saw him struggle last term. His personality and experience could still prove a valuable commodity for prospective suitors. 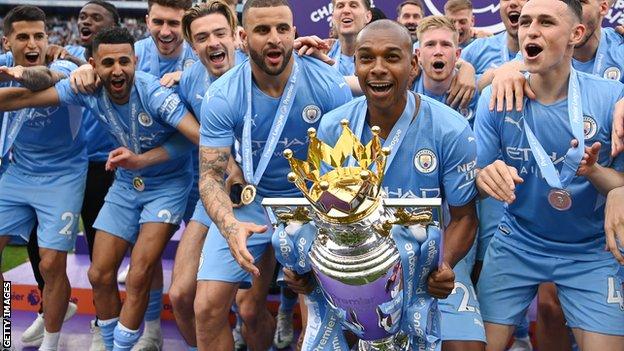 Fernandinho joined Manchester City from Shakhtar Donetsk for £34m in 2013

Fernandinho, 37, made 19 Premier League appearances as he helped Manchester City to their fourth title in five seasons.

The Brazil international has already expressed a desire to move back to his homeland when he leaves City, where he won five top-flight titles, six EFL Cups and the FA Cup. 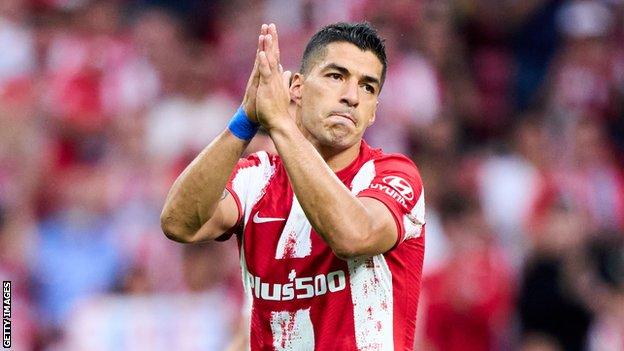 At 35, Luis Suarez is another that fits in the veteran category, with his imminent departure from the Wanda Metropolitano coming off the back of a season where he scored 13 goals in all competitions.

The Uruguay international may not be as dynamic as he was in his younger years but his nous and movement around goal could tempt several clubs into making him a short-term offer. 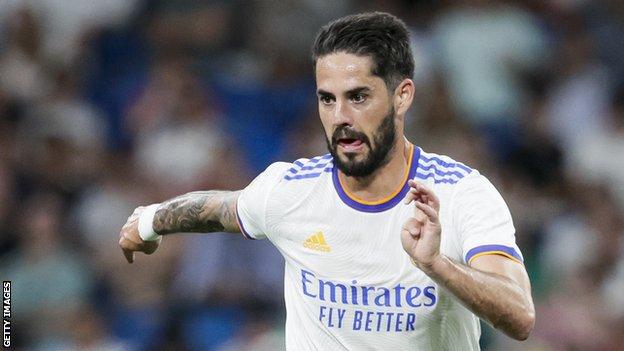 Isco packs his bags at the Bernabeu this summer as a five-time Champions League winner and three-time La Liga champion.

Still in the prime of his career, the 30-year-old playmaker will look to rediscover his mojo after falling out of favour at Madrid and losing his spot in the Spain squad. 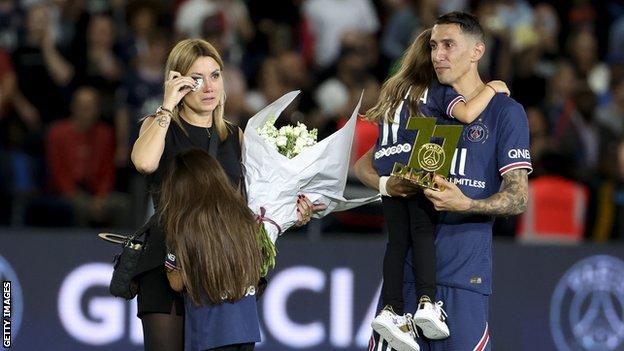 Argentina forward Angel di Maria enjoyed the perfect send-off from PSG, scoring in the 5-0 win over Metz in his final game and being withdrawn to a standing ovation from the Parc des Princes crowd.

The 34-year-old scored 93 goals in 295 appearances for PSG, winning five league titles and nine domestic cups during his time in the French capital.

Juventus and Barcelona are thought to be battling it out for the winger's signature.

This news item was provided by the BBC Sport - Football website - the original link is: https://www.bbc.co.uk/sport/football/61874931?at_medium=RSS&at_campaign=KARANGA