Danny Loader has moved from Reading to Portuguese giants Porto

As Danny Loader turns 20, the next challenge for one of English football's new golden generation looms large. His move to Porto brings with it the prospect of Champions League football. It is an exciting opportunity for a young man who found himself on the fringes at Reading.

Loader's reputation survived a season in which, on the face of it, he failed to kick on. There are those still confident that this member of England's U17 World Cup winning squad from 2017 could yet find his way to the top of the game - now he has a chance to show it.

Reading supporters have mixed feelings. They had once been bursting with pride at his achievements, excited by his potential. But Loader departs amid some scepticism having scored two goals in 35 intermittent appearance since his senior debut three years ago.

And yet, it is telling that those who have worked closely with Loader retain the belief that his is a special talent, one that could yet flourish given the right opportunity and encouragement. 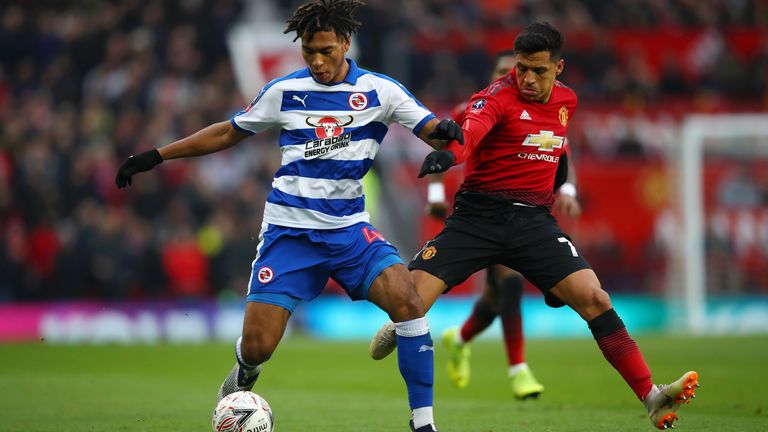 Ged Roddy, the former head of Reading's academy, feels this could be shrewd move for player and club. He remains optimistic about Loader fulfilling his vast potential.

"Danny is a huge talent and a fantastic prospect," Roddy tells Sky Sports.

"It is a clever move for him as well, I think. Porto is a great club with a great tradition for developing young players. I think it is a really great idea. He was not really getting the opportunities at Reading so it was time to find somewhere that would challenge him.

"Danny had eight years at Reading. Sometimes there is a right moment for a player to move on. He probably felt this was a good moment to try a new challenge. He could be playing in the Champions League next season. That is better than playing U23 football for Reading."

Loader clearly has work to do to convince the Portuguese champions that he is worthy of Champions League action. Nevertheless, it still seems curious that this could even be an option for a player who made only one league start in the Championship last season.

He must take some responsibility for not demanding a place with his performances. But there is a sense too that there were mitigating circumstances at Reading. Loader played under four permanent managers - each with different styles, demands and priorities.

"I just think that young players need time," adds Roddy. "They need to be looked after and in an environment where the coaching staff understand how to bring them through.

"The inclination sometimes is not to take chances and in some people's minds not taking chances means going with players who are tried and tested. But if you have got a manager who understands young players he recognises that there is no risk in playing them.

"For example, Jose Gomes, when he was in charge at Reading, did play a lot of the young lads. He did not have any fear of playing the young ones. He had that mentality." He is a player with big potential. Technically, he is able to do everything.

Loader made what turned out to be his last league start as a Reading player under Gomes on the opening day of last season. The Portuguese coach departed soon after but remains an admirer - pointing to the youngster's impressive work ethic during their time together.

"He is a player with big potential. Technically, he is able to do everything. He can use both feet with the same quality. His ability to put the ball in the net is very high." 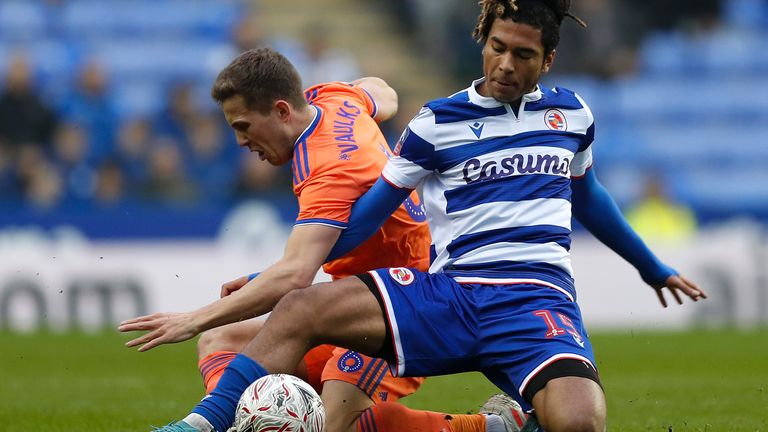 Loader as struggled to find the net in the Championship

If that has not been obvious at senior level yet, perhaps the uncertainty over Loader's best position has not helped. The player's own versatility means his future is unclear.

"Danny needs to establish what he is as a player," says Roddy. "Is he a 10 or a 9? Maybe he can play in both positions. So there is a little bit of developing to do for himself."

Gomes believes this flexibility is an asset.

"He knows very well that zone of the pitch - the goal zone - but he is also a player with mobility. He can run and cover other spaces as well. His main position is striker but he can play also as a second striker or a winger. He can show his quality playing in different positions so he is a very interesting player. He is very young with a very high potential.

"He is also very intelligent and focused on his career. He knows what he wants." 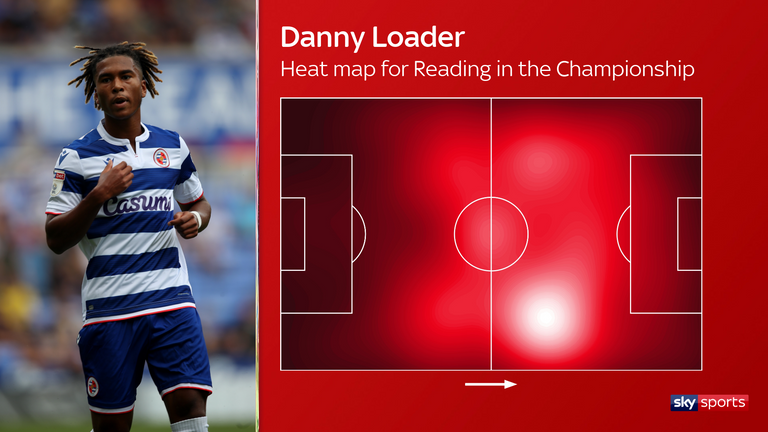 Loader's aim now is to prove his worth. Like many of England's U17 World Cup winning squad, he has opted to do so overseas. Jadon Sancho is the poster boy for that route having become a superstar following his move to Borussia Dortmund but he is not alone.

Jonathan Panzo quit Chelsea for Monaco. Angel Gomes has just turned down a contract with Manchester United to go to Lille before being loaned out to Boavista. Others such as Emile Smith Rowe, George McEachran and Joel Latibeaudiere have been abroad on loan.

"I think they all talk, you know," says Roddy. "Danny is part of that group that won the World Cup so there is a certain amount of interest in them and seeing how they get on. Jadon has been a bit of a trailblazer in that respect. I think he has pointed the way." It is a bold choice but a promising one. And as the subsequent interest in Sancho shows, success abroad can pave the way for a return with reputation dramatically enhanced.

"There are two things happening," adds Roddy. "Ten years ago, no English players went abroad. Firstly, because I do not think players were considering it at that point. Secondly, and more importantly, overseas clubs did not rate English players. It was as simple as that.

"In England, I don't think we were producing players like Danny a decade or so ago but we are now, just because of that focus on the technical side of the game. He is comfortable on the ball, wants to dribble and can find a pass. I can see why Porto would want that.

"So there has been a complete change. People have woken up to the fact that we in England are developing highly skilled, technical footballers so our boys can go abroad and do well.

"I see it as a reflection of the quality of young English players being developed and a recognition in the big leagues around Europe that we have got good players and there is a value in them. It is great business for these clubs because they recognise that if they can polish the boy up and finish his education then the Premier League will come calling.

"It is astute on the part of the young players involved. They broaden their football education rapidly. They still have to find the right club, of course. It still has to be the right environment. But as long as they get first-team opportunities, they will develop over there.

"The other thing that is probably underestimated is the cultural side of it. They go abroad, fend for themselves and have to grow up quickly. They have to learn a language. There are things there that you add to the mix that will help the player become more mature. Those are the added benefits. But the core thing is that they are playing high-level football."

Whether Loader proves a success at Porto remains to be seen. But perhaps the fact that such a move is even an option for a young English talent should be a cause for optimism.

This news item was provided by the SkySports | News website - the original link is: https://www.skysports.com/football/news/11688/12053963/danny-loader-to-porto-a-huge-talent-and-a-fantastic-prospect