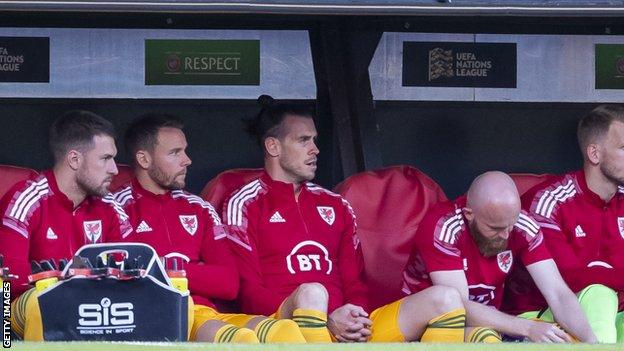 Fifa has approved 26-man squads for this year's World Cup in Qatar.

The move is in line with recent national competitions and is an expansion on the 23-man squads that had been used before the coronavirus pandemic.

Fifa also said up to 15 substitutes can be named for a game, meaning no player misses out - something England head coach Gareth Southgate had called for.

"I think everybody has to be available for all the games," he said in April.

Southgate added: "If the squads are going to be bigger then it needs to be a situation where everybody is able to change on a matchday."

The deadline for all 32 countries competing to submit their final squads is 20 October - 30 days before the first game between Senegal and the Netherlands at the Al Thumama Stadium.

Fifa also said that no more than 26 people - up to 15 substitutes and 11 team officials, of which one must be the team doctor - will be allowed to sit on the bench.

England begin their campaign against Iran on the opening day, 21 November, at 13:00 GMT, while Wales - who are drawn in the same group - face the USA later at 19:00 GMT.

This news item was provided by the BBC Sport - Football website - the original link is: https://www.bbc.co.uk/sport/football/61916351?at_medium=RSS&at_campaign=KARANGA