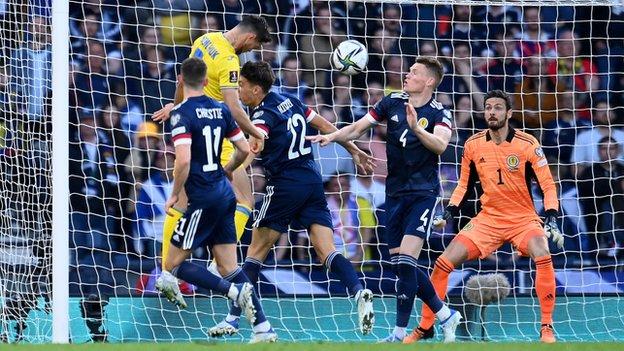 A heroic Ukraine roused a performance of spirit, endeavour and courage to stun Scotland and earn a historic World Cup play-off final against Wales.

With their country enshrouded in trauma amid the ongoing war with Russia, a team hauled together shone brightly at a sun-drenched Hampden.

Andriy Yarmolenko and Roman Yaremchuk struck either side of half-time, before Callum McGregor gave Scotland hope late on. But Artem Dovbyk sealed a Qatar 2022 showdown in Cardiff on Sunday with the last kick of the ball.

While images of fans watching on in war-torn Ukraine circulated, 3,500 fans bedecked in light blue and yellow - including 65 orphans invited by the Scottish FA - celebrated wildly in Glasgow on a night none will forget.

It was an evening which started with the lyrics of the Ukrainian national anthem striking an emotional chord at a charged Hampden.

Moments after their side strode on to the pitch draped in flags of their homeland, the words which were belted out took on a whole new significance. "The glory and freedom of Ukraine has not yet perished. Luck will still smile on us brother-Ukrainians."

As it transpired, luck had little to do with their team's triumph here. In perhaps their finest hour, they were peerless.

This match was a long time coming. Originally planned for March but postponed in the hope Ukraine would be capable of playing the fixture, a series of friendlies were all Olexandr Petrakov had to prepare.

It's been a gut-wrenching journey, with the tears on the face Oleksandr Zinchenko in Tuesday's pre-match news conference offering a poignant reminder to all what this game means against the backdrop of Ukraine's struggles.

But in Glasgow, there was no emotional fatigue. Not a hint of an adrenaline rush fading, not a whiff of the event getting the better of them.

Barring a late rally from the hosts, Petrakov's men exposed Scotland's vulnerabilities, which were made even more pronounced by the absence of Arsenal's Kieran Tierney. The opener on 33 minutes articulated that perfectly.

Yarmolenko timed his run on to a through ball to perfection as Scotland's high line failed. It was just him and the whites of Craig Gordon's eyes. Those eyes soon gazed up as the ball floated sublimely over the goalkeeper's head and into the back of the net.

Steve Clarke shuffled his pack at half-time, throwing on Ryan Christie. But just four minutes after the restart, Scotland were again ripped open with ease.

Oleksandr Karavaev was given the freedom of Mount Florida to bowl in another cross and Yaremchuk dealt with Aaron Hickey's attention without much trouble, his arching header back across goal looping in.

Clarke stood still at the edge of his technical area as the Benfica striker raced to his countrymen and women behind the goal.

In truth, the warning signs had been there. Gordon had denied Viktor Tsygankov on the half volley, while the Hearts goalkeeper saved from Yarmolenko at point-blank range with the game goalless.

Then came the moment when Scotland saw their world flash in front of them. John McGinn, the Tartan Army's darling, was gifted a header from six yards after Georgiy Bushchan flapped at a cross. With the goal at his mercy, the Aston Villa man headed wide. He looked on in disbelief.

On the touchline, Clarke seemed unmoved, preparing two substitutes for a late charge.

Scotland charged but toiled still, yet with 11 minutes they were gifted a lifeline. McGregor's effort was again not dealt with by an increasingly rattled Bushchan, who palmed the ball into the air and just over the line before it was hacked clear. Hampden erupted in a primal roar of desperate hope rather than founded expectation.

But as Scotland pushed, they were even more exposed at the back. A series of long punts in the closing stages broke down, with one final roll of the dice allowing the Ukrainians to burst forward deep into injury time.

Substitute Dovbyk had all the time he wished to eventually dispatch the ball by Gordon. The Dnipro-1 forward, who has not played a competitive match since December, showed little emotion as the ball ruffled the net. Around him, his compatriots celebrated wildly on an astonishing night for Ukraine as a football team, and a nation.

Man of the match - Oleksandr Zinchenko 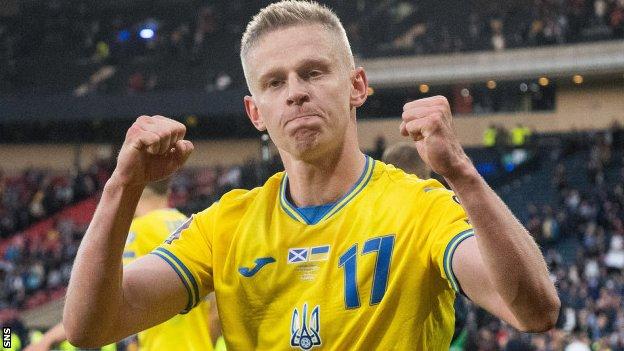 The Manchester City man put in a commanding performance at Hampden

What does this mean?

In what is perhaps the finest moment for the Ukraine national team, even in victory the celebrations are against a sombre backdrop.

Coach Petrakov spoke from the heart in his post-match news conference. He dedicated the result to the people of Ukraine, and they may yet have another chapter to pen in this saga on Sunday. Don't bet against it.

Clarke acknowledged that his team were outplayed by their opponents, and captain Andy Robertson said Scotland didn't show up. It's hard to argue with either point.

For Scotland, there have been some truly bruising moments in the pursuit of tournament football since France '98. But the sting from this one will eat away more than most.

The level of expectation surrounding the national team has been raised. Regardless of the condition of the opponents, there was a confidence that Scotland would be in Wales this Sunday.

But what we saw was reminiscent of the deflating false hope experienced at last summer's Euros, when the Czechs dealt the Scots a heavy blow. They seemed caught out by the occasion. A shot at glory did not fall through their grasp, it was yanked away.

As either Ukraine or Wales can look forward with excitement to Qatar, self reflection will be the immediate thought for Clarke and his players whatever happens in the coming days.

While Ukraine go to Cardiff, Scotland will have to try and rouse themselves for their Nations League opener against Armenia at Hampden next Wednesday (19:45 BST), followed by trips to Ireland and Armenia in the following six days. 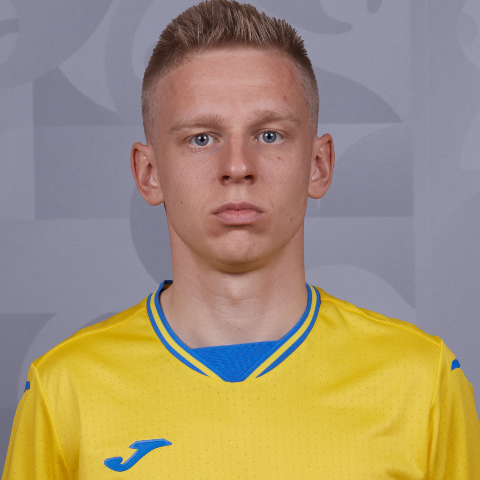 This news item was provided by the BBC Sport - Football website - the original link is: https://www.bbc.co.uk/sport/football/60775090?at_medium=RSS&at_campaign=KARANGA